According to Aaron Wilson, the Packers hosted six players for a workout on Tuesday. 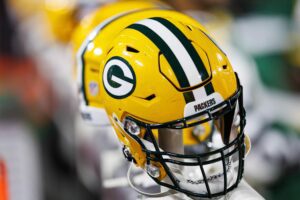 Iyiegbuniwe, 26, was drafted by the Bears in the fourth round out of Western Kentucky. He played out the final year of a four-year, $3.1 million rookie contract and was testing unrestricted free agency for the first time in 2022.

He signed a one-year deal with the Seahawks but was cut by the team coming out of the preseason.

In 2021, Iyiegbuniwe appeared in 11 games for the Bears and recorded four total tackles and one forced fumble.