According to Joe Person, the Panthers are interviewing former Colts HC Frank Reich for the second time today. 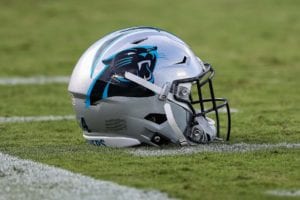 This indicates Reich is one of the finalists, along with interim HC Steve Wilks, as the team starts to narrow down its search process for a new head coach.

Reich began his coaching career with the Colts as an offensive coaching staff assistant back in 2008. He worked his way up to WRs coach before taking jobs with the Cardinals and Chargers.

The Eagles hired him as their offensive coordinator in 2016 under Doug Pederson. He left in 2018 to take the head coaching job with the Colts. Indianapolis fired him earlier this season.

In five seasons in Indianapolis, Reich finished with a record of 40-33-1 (54.7 percent) with two playoff appearances and a 1-2 postseason record.

We’ll have more on the Panthers coaching search as the news is available.