The Panthers are signing TE Ryan Izzo to a contract on Thursday, per his agent Mike McCartney. 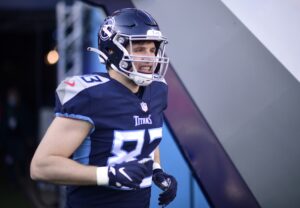 The Panthers confirmed the news as well as the signing of TE Nate Becker.

Izzo, 26, is a former seventh-round pick of the Patriots back in 2018. He was in the final year of his four-year, $2.5 million rookie contract when the Patriots traded him to the Texans in March of last year.

Houston opted to waive Izzo coming out of the preseason. He quickly caught on with the Giants’ practice squad. He was also briefly a member of the Seahawks’ taxi squad before joining the Titans back in January. Tennessee elected to waive Izzo in June.