The New England Patriots have claimed DL Isaiah Mack off of waivers from the Titans on Tuesday, according to Terry McCormick. 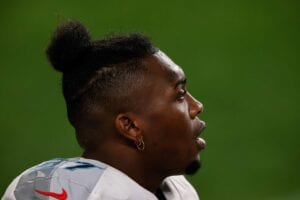 Mack, 24, wound up going undrafted out of Chattanooga back in April of last year. He later signed a three-year, $1.755 million contract with the Titans.

In 2020, Mack has appeared in two games for the Titans and recorded one tackle.