According to Doug Kyed, the Patriots are placing RB Rhamondre Stevenson on the COVID-19 list. 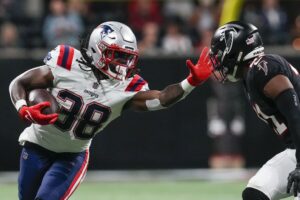