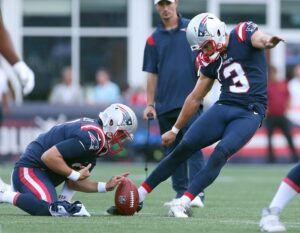 Nordin, 23, wound up signing on with the Patriots as an undrafted free agent out of Michigan this past May.

The Patriots waived Nordin from injured reserve earlier in the week.