The New England Patriots brought in four free agents for tryouts in recent days, according to Albert Breer. 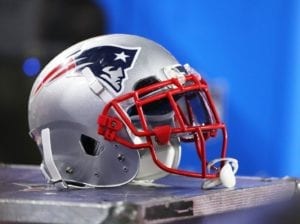 Bailey, 23, wound up going undrafted out of South Carolina back in April. He later agreed to a three-year, $1.755 million contract with the Buccaneers and managed to make the 53-man roster coming out of the preseason.

He was later placed on injured reserve by the Buccaneers and waived with an injury settlement.

During his college career at South Carolina, Bailey appeared in 46 games over the course of four seasons and made 38 starts (27 at left guard, eight at right tackle, and three at center). He was a 2018 Second Team All-SEC selection.

Parris, 25, went undrafted out of Stony Brook in 2018 before signing with Washington. He was cut by the team at the end of training camp and later re-signed to the practice squad.

Parris was promoted to the active roster in December of 2018 and made his NFL debut. After being waived in 2019, made his way back onto the practice squad before eventually having a brief stint with the Falcons.

In 2019, Parris appeared in three games for Washington.