According to Adam Schefter, Patriots WR Julian Edelman had knee surgery this morning and is expected to be out for “some period of time.” 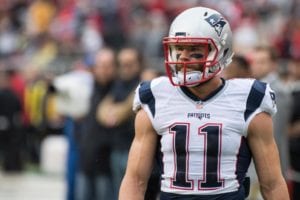 Schefter described the procedure as precautionary but it’s unclear how long the veteran receiver will be out for. Schefter adds it will be at least for this week against the Bills.

The 34-year-old Edelman has been battling a number of nicks and scrapes dating back to last season. Despite a reduced role this year, he was still New England’s top receiver, so this is a big loss for a struggling offense.

We’ll have more on Edelman as the news is available.