The NFL announced Wednesday that Raiders DT Gerald McCoy has been suspended without pay for the team’s next six games for violating the NFL policy on performance-enhancing substances, according to Doug Kyed. 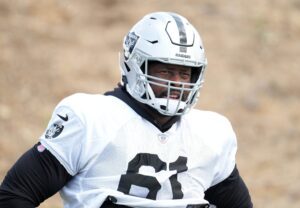 McCoy is already out for the season.