According to Ian Rapoport, the Raiders are hosting RB Dare Ogunbowale for a visit. 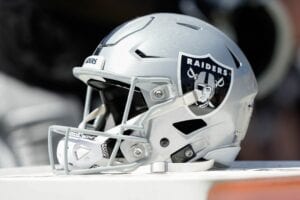 The former Buccaneers back is strong as a receiver and special teamer, which is a need for Las Vegas after trading away third-round RB Lynn Bowden Jr.

Ogunbowale, 26, wound up signing a three-year, $1.66 million contract with the Texans as an undrafted free agent out of Wisconsin back in May of 2017. The Texans cut him loose coming out of the preseason and later signed him to their practice squad.

After being released by Houston, Ogunbowale had brief stints with the Buccaneers and  Redskins before returning to Tampa Bay in 2018. He was re-signed to a futures deal for 2019 and has been on the roster until being released coming out of camp this year.

In 2019, Ogunbowale appeared in all 16 games for the Buccaneers and rushed 11 times for 17 yards and two touchdowns while also catching 35 passes for 286 yards.