Tom Pelissero of NFL Media reports that the Raiders have requested permission to interview Buccaneers VP of Player Personnel John Spytek for their general manager job. 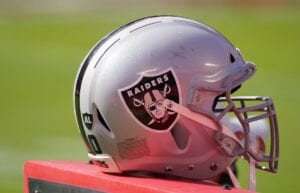 Spytek is also a candidate for the Vikings’ GM job.

Here’s the updated list of candidate for the Raiders’ vacancy:

Spytek began his player personnel career working as an intern for the Eagles back in 2005. He later had stints with the Lions, Browns and Broncos before eventually being hired by the Buccaneers.

We’ll have more on the Raiders’ GM search as the news is available.