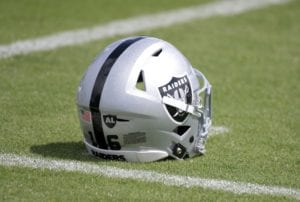 Lee, 25, is a former fifth-round pick by the Raiders in 2017 out of Wake Forest. He was in the final year of a four-year, $2.65 million rookie contract and set to make a base salary of $735,000 for the 2020 season when the Raiders released him coming out of training camp.

Lee sat out the 2020 season before landing with the Bills on a one-year deal this offseason. Buffalo released him earlier in the week.

In 2019, Lee appeared in five games for the Raiders and recorded 11 tackles.