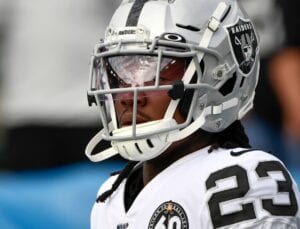 In 2019, Nelson was limited to appearing in just two games for the Raiders.