According to Adam Caplan, the Raiders worked out three players on Monday including QB Keith Wenning, WR Rodney Smith, and LB Beniquez Brown.

Wenning, 25, is a former sixth-round pick of the Ravens back in 2014. He was unable to make the team’s final 53-man roster coming out of the preseason during his rookie year but was later added to team’s practice squad.

Baltimore wound up signing Wenning to a future/reserve contract but was cut loose shortly after last year’s draft. The Bengals later signed him to a contract, only to cut him loose coming out of the preseason.

Wenning was on and off of the Bengals’ active roster last year. He has worked out for the Lions, Packers, and Colts since becoming a free agent.

Brown, 23, originally signed with the Packers as an undrafted free agent out of Mississippi State. He signed a three-year, $1.62 million rookie contract and was set to make $450,000 this season when he was waived coming out of the preseason.

Since becoming a free agent, Brown has worked out for the Chiefs, Buccaneers, Chargers, Packers, and Colts but has yet to receive an offer. 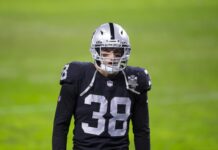 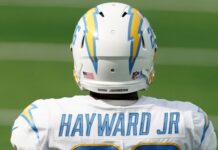