The Las Vegas Raiders brought in free agent DE Jordan Jenkins for a workout on Wednesday, according to Aaron Wilson. 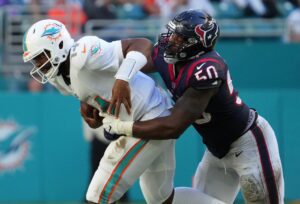 Jenkins then signed a two-year deal with the Texans in 2021 while testing the free-agent market. However, he was released earlier in the week.