The Las Vegas Raiders are bringing in four running backs for workouts, according to Aaron Wilson. 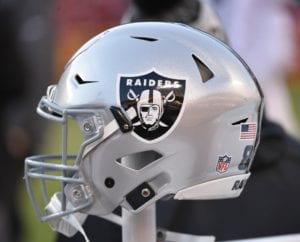 The full list of players who are working out includes:

Smith, 28, originally signed on with the Seahawks as an undrafted free agent out of Ohio State back in 2016. He was on and off of the Seahawks’ practice squad before the Cowboys claimed him off of waivers during the 2015 season.

Smith spent the past three seasons with the Cowboys before signing with the Giants in 2018. He had brief stints with the Raiders and Titans last year before re-signing a one-year deal with Las Vegas this offseason.

The Raiders activated him from their COVID-19 list last month, but he was cut coming out of camp. The Giants signed him to their practice squad, but later opted to release him.

Coleman, 30, originally signed on with the Vikings as an undrafted free agent out of UCLA back in 2012. He lasted just a few months in Minnesota before signing on to the Seahawks’ practice squad during the 2012 season and returned to the team on a future/reserve contract the following year.

The Falcons signed Coleman to a one-year contract for the 2017 season and he later caught on with the Cardinals. He had previously worked out with the Raiders in July of 2019.

In 2018, Coleman appeared in all 16 games for the Cardinals and rushed for three yards on two carries to go along with two receptions for 17 yards receiving and no touchdowns.

Bohanon, 30, is a former seventh-round pick of the Jets back in 2013. He spent three years in New York before he was waived at the start of the 2016 season.

Bohanon later caught on with the Jaguars in 2017 and spent three seasons playing for Jacksonville. He had previously worked out for the Raiders back in July of 2019.

In 2018, Bohanon appeared in all 16 games for the Jaguars and caught six passes for 41 yards receiving and no touchdowns.