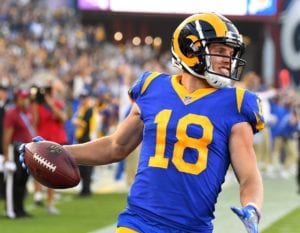 In 2020, Kupp has appeared in 15 games for the Rams and caught 92 passes for 974 yards receiving and three touchdowns. He has also rushed for 33 yards.