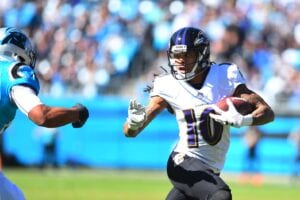 Moore was testing the open market as an unrestricted free agent for the first time in his NFL career when he agreed to a new deal with the Ravens this past March.

In 2019, Moore appeared in 14 games for the Ravens and caught three passes for 21 yards receiving. He also contributed 81 kick return yards.