The Baltimore Ravens officially elevated OT Andre Smith and CB Kevon Seymour to their active roster for Sunday’s game against the Chiefs. 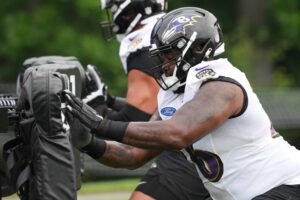