According to Jeff Zrebiec, the Ravens are placing CB Kyle Fuller (ACL) and OT Ja’Wuan James (Achilles) on injured reserve, as both will miss the rest of the season. 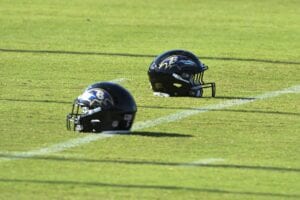 Fuller, 30, is a former first-round pick of the Bears back in 2014. He played out the final year of his four-year, $9,687,002 contract but Chicago declined his fifth-year option.

The Bears used the transition tag on Fuller in 2018, which allowed them to match the Packers’ four-year, $56 million offer sheet. Chicago officially released Fuller last March and he eventually signed a one-year, $9.5 million contract with the Broncos.

In 2021, Fuller appeared in 16 games for the Broncos and recorded 51 total tackles, three tackles for loss, no sacks or interceptions, and four pass deflections.

This was James’ first game since 2019 due to his previous Achilles’ injury.