According to Jeff Zrebiec, the Ravens have adjusted S Chuck Clark‘s contract to create $750,000 in cap space but added more money to his deal this season and gave him some incentives. 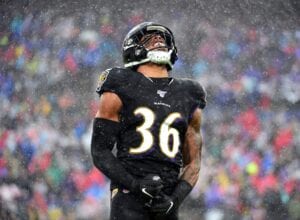 Zrebiec notes that this is a “show of appreciation” from Baltimore after Clark was the subject of trade inquiries during the 2022 NFL Draft.

Clark has been the defensive signal caller and a team leader for the past couple of seasons.

In 2021, Clark appeared in 16 games and recorded 80 total tackles, three tackles for loss, one sack, two interceptions including one returned for a touchdown, and 12 pass defenses.