Saints RB Alvin Kamara is bracing for a suspension of at least six games, according to Mike Florio of Pro Football Talk. 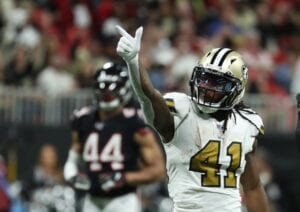 The suspension is a result of Kamara’s arrest on a felony battery charge after the Pro Bowl in Las Vegas.

It is unclear when the suspension will be imposed, as the league typically prefers to wait until the legal process is completed. Kamara could be put on paid leave while the legal system plays out.

Kamara, 26, is a former third-round pick of the Saints back in 2017. Kamara was in the final year of his four-year, $3.85 million rookie contract when he agreed to a five-year extension worth $77.133 million in September of last year.

We’ll have more regarding Kamara as the news is available.