ESPN’s Chris Mortensen reports that Bill Parcells will not be the interim head coach of the New Orleans Saints as he plans to stay retired.

It really seemed like Parcells was strongly considering a return to the NFL but Mortensen mentions that he’s “certain to remain retired.” There was some talk that the two sides couldn’t come to an agreement regarding the financial terms of a one-year contract, but it’s hard to say that it was a deciding factor for Parcells.

The league upheld its’ previous ruling regarding the Saints suspensions, so Sean Payton will begin serving his year-long suspension on April 16th, while GM Mickey Loomis gets eight games and Joe Vitt gets six games. 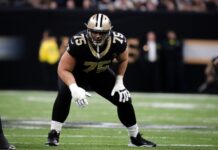