The New Orleans Saints officially claimed OL Patrick Omameh off of waivers from the Raiders on Tuesday. 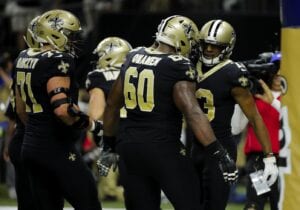 Unfortunately, the Giants waived Omameh during the season and he later caught on with the Jaguars. From there, he signed on with the Saints for the 2019 season.

New Orleans released Omameh coming out of training camp and he signed on to the Raiders’ practice squad back in September and was later added to their active roster. He was waived on Monday.

In 2020, Omameh has been active for six games for the Raiders.