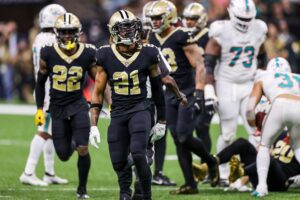 This officially opens a three-week window of time for the Saints to activate Roby or he would miss the remainder of the season.

Roby, 30, is a former first-round pick of the Broncos from 2014. He played out the final year of his four-year, $6.95 million rookie contract when the Broncos picked up his fifth-year option.

Roby made a base salary of $8.526 million for the 2018 season and was allowed to leave as an unrestricted free agent by Denver. He signed a one-year, $10 million deal with the Texans before returning to Houston on a three-year, $36 million contract in 2020. New Orleans reworked Roby’s contract last offseason before signing him to an extension in March.

In 2022, Roby has appeared in seven games for the Saints and recorded 20 tackles, no interceptions, a fumble recovery and two pass deflections.