According to Aaron Wilson, the Saints are expected to sign DT Jaleel Johnson on Friday. 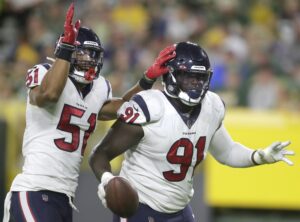 Johnson was testing the open market as an unrestricted free agent for the first time in his NFL career and signed on with the Texans back in April.