Jeff Duncan of the Times-Picayune reports that after the Saints learned that quarterbacks Taysom Hill and Trevor Siemian were out with COVID-19, they called Josh McCown, Philip Rivers and Drew Brees about playing quarterback for them this week. 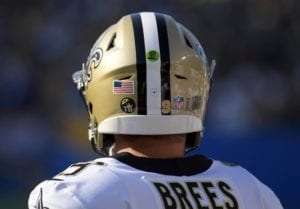 Brees was reportedly the first person the Saints called with HC Sean Payton calling him personally. Brees was in Hawaii with his family and he gave the idea some “serious thought,” per Duncan.

In the end, Brees decided it was too short notice and he wasn’t 100 percent sure he would be able to make the throws to lead the offense. Beyond that, he didn’t want to short-change the Saints, as they push for a playoff spot.

However, Brees and Rivers were not interested in returning as a backup.

Duncan explains that the Saints are still high on rookie QB Ian Book, but felt that this was a tough situation for him to be thrown into.

According to Duncan, this was a “one-game fix” as Hill and Siemian are likely to return next week.

Brees, 42, is a former second-round pick of the Chargers back in 2001. After five years with the Chargers, Brees signed on with the Saints as a free agent in 2006.

Brees has spent the past 12 seasons in New Orleans. He agreed to a new two-year, $50 million contract with the Saints last year. 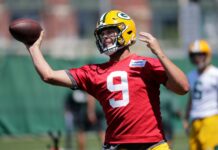