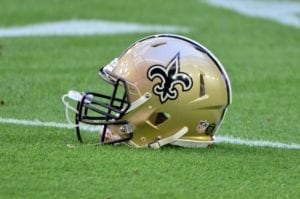 Williams, 21, was a three-year starter at Syracuse and opted out midway through the 2020 season due to injuries. He went undrafted a few weeks ago.

The Saints signed Williams to a rookie contract shortly after the draft.

Burrell wound up going undrafted out of Wisconsin a few weeks ago. He later signed a rookie contract with the Saints soon after.