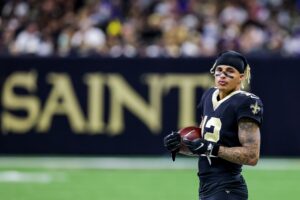 The Saints signed Still to their practice squad a few months ago before adding him to their active roster.

In 2021, Stills has appeared in 10 games and caught five passes for 64 yards and a touchdown.