The New Orleans Saints brought in six free agents for workouts on Tuesday including a group of receivers, according to Tom Pelissero. 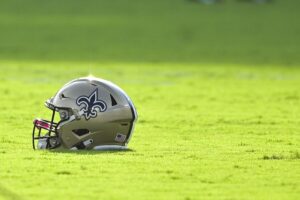 Of this group, the Saints are signing White to a contract.

Smith, 29, is a former second-round pick of the Jets back in 2015. He was entering the final year of his four-year, $5.872 million rookie contract that includes $3.667 million guaranteed and set to make a base salary of $705,000 for the 2018 season when the Jets waived him with an injury designation.

Smith caught on with the Cowboys on a futures deal for 2019 and was limited to appearing in four games before sustaining another injury. Dallas released Smith prior to start of the 2020 season.

Smith then caught on with the Texans’ practice squad in September of 2020 and had a brief stint with the Patriots in recent months.

In 2019, Smith appeared in four games for the Cowboys and caught five passes for 113 yards and a touchdown.

Fowler, 30, signed on with the Broncos as an undrafted free agent out of Michigan State in 2014. He was unable to make the 53-man roster during his rookie season, but was later re-signed to their practice squad and returned to Denver on a future/reserve contract.

The Broncos brought Fowler back on one-year exclusive rights deals the next two years but declined to tender him a contract as a restricted free agent in 2018. He had brief stints with the Bears, Patriots, Giants and Saints before signing on with the 49ers.

San Francisco opted to release Fowler a few weeks ago.

In 2020, Fowler appeared in five games for the Saints and caught two passes for 11 yards receiving.