The Seattle Seahawks activated TE Gerald Everett from the COVID-19 list on Monday, according to Field Yates. 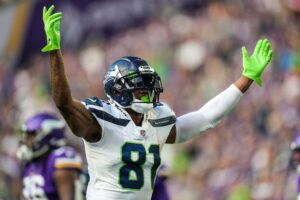 Seattle was hoping to activate Everett last week but a delay in testing prevented him from being available for their Week 5 game.

Everett, 27, is a former second-round pick of the Rams back in 2017. He played out the final year of his four-year, $6 million contract last season and signed on with the Seahawks as an unrestricted free agent.

Seattle signed him to a one-year, $6 million deal this past March.

In 2021, Everett has appeared in three games and recorded eight receptions for 77 yards (9.6 YPC) and one touchdown.