Jeremy Fowler of ESPN reports that the Seahawks are elevating RB Adrian Peterson to their active roster for Sunday’s game against the 49ers. 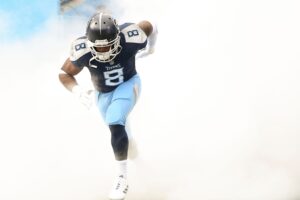 The Seahawks just signed Peterson to their practice squad earlier in the week. However, Seahawks HC Pete Carroll made it clear that they added him with the intention of getting him work.

The Seahawks signed Peterson to their practice squad earlier in the week.