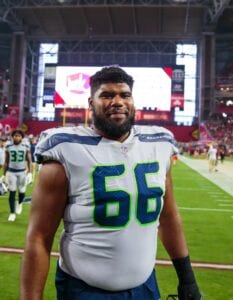 Simmons, 25, wound up going undrafted out of USC back in 2017. He later signed on with the Raiders, but was waived coming out of the preseason and later signed to their practice squad.

In 2018, Simmons appeared in six games for the Seahawks and made three starts for them.

186,669FansLike
7,623FollowersFollow
276,369FollowersFollow
© NFLTradeRumors.co is an independent news source and has no affiliation with the National Football League (NFL), NFL.com, or any team(s).
wpDiscuz