Mike Garafolo of NFL Media reports that the Seahawks are releasing OT Cedric Ogbuehi on Monday. 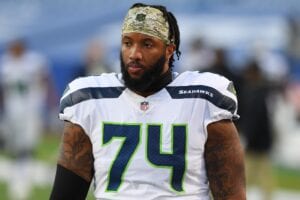 In 2021, Ogbuehi has appeared in one game for the Seahawks, making one start for them.