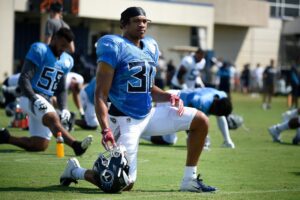 Wiley, 25, wound up going undrafted out of Vanderbilt back in 2019. He later signed a rookie contract with the Titans, but was waived coming out of the preseason.

Wiley sat out the 2020 seas before signing a one-year deal with the Seahawks last month.