Free-agent RB Sony Michel visited with the Dolphins and is scheduled to visit the Saints, according to Jeremy Fowler. 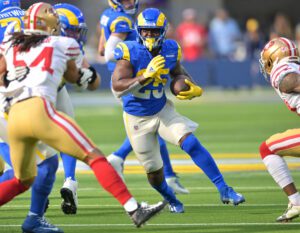 Michel figures to have a market for teams looking for veteran stability and a playmaker out of the backfield.

The Patriots traded Michel to the Rams last year for a fifth and sixth-round pick in the 2022 NFL draft.