According to Jason La Canfora, Steelers DL Stephon Tuitt is not expected to return this season, even if Pittsburgh makes the playoffs. 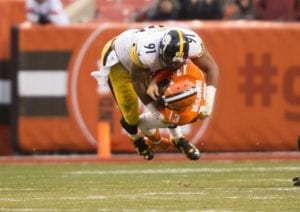 Tuitt has been out since August with a knee injury. The Steelers put him on injured reserve to start the season and didn’t initially expect him to be out the entire year.

But it’s looking like 2021 is going to be a lost year for the veteran defensive lineman. Pittsburgh’s run defense has struggled considerably with Tuitt out.

Tuitt, 28, is a former second-round pick of the Steelers back in 2014. He’s in the fifth year of a six-year, $61 million contract that included an $11 million signing bonus.

The Steelers converted $7.925 million of Tuitt’s 2021 base salary into a signing bonus, which created $6.34 million of available cap space for Pittsburgh.

In 2020, Tuitt appeared in 15 games for the Steelers and recorded 45 tackles, 11 sacks, two forced fumbles and three pass deflections. 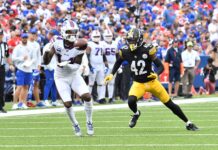