Gerry Dulac reports that the Pittsburgh Steelers are releasing S Curtis Riley. This comes following their decision to bring back S Sean Davis after his stint in Washington. 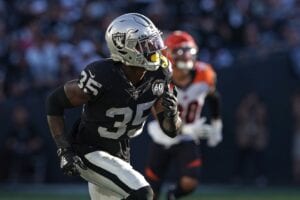 In 2019, Riley appeared in all 16 games for the Raiders and recorded 34 tackles, no interceptions, a fumble forced, and a pass defense.

186,433FansLike
7,623FollowersFollow
275,811FollowersFollow
© NFLTradeRumors.co is an independent news source and has no affiliation with the National Football League (NFL), NFL.com, or any team(s).
wpDiscuz