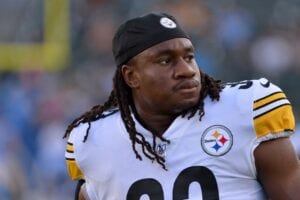 Here’s the updated list of futures signings for the Steelers:

Edmunds, 26, wound up signing on with the Saints as an undrafted free agent out of Maryland back in 2017 and managed to make the 53-man roster. He is in the second year of his Signed a three-year, $1.66 million contract when the Saints waived him coming out of the preseason.