The Houston Texans are bringing in four players for tryouts this week, according to Aaron Wilson. 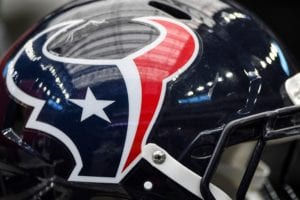 The full list of players that are trying out includes:

Grace, 27, wound up signing a three-year, $1.66 million contract with the Falcons as an undrafted free agent out of Miami back in 2017. Atlanta elected to cut him loose in November and he was later claimed off of waivers by the Colts.

After brief stints with the Browns and Seahawks, Grace signed on with the Falcons late in 2018. He returned to Atlanta on a futures contract but was waived and signed with Seattle’s practice squad.

Grace signed with the Browns’ practice squad but was later released and signed to the Giants’ taxi squad before they elected to release him last month.

In 2019, Grace appeared in 12 games for the Falcons and recorded two tackles and no sacks.

Jelks wound up being placed on injured reserve coming out of the preseason and missed his rookie season. The Cowboys then waived Jelks to make room for newly signed DE Everson Griffen.

He was claimed off of waivers by the Panthers back in August but was waived the following month. Jelks was then signed to the Browns’ practice squad that same month but was later released.

During his college career at Oregon, Jelks recorded 155 tackles, 15.5 sacks, an interception, a forced fumble, a recovery, and 11 passes defended. 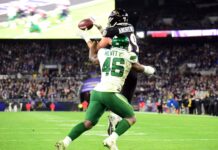