According to Jim Wyatt of the team website, the Titans are placing veteran S Jamal Carter on injured reserve. 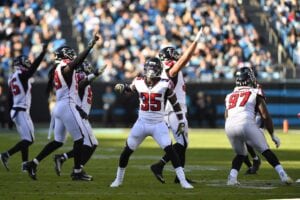 Carter, 28, wound up going undrafted out of Miami (FL) in 2017 before signing a three-year, $1.66 million contract with the Broncos. Carter managed to make the 53-man roster his first two seasons before being waived in 2019.

Carter signed to the Falcons practice squad and bounced on and off their practice squad before signing a futures deal with the Cardinals. Arizona elected to cut him loose and he caught on with the Titans soon after.

In 2021, Carter appeared in one game for the Titans and recorded no statistics.