Adam Schefter reports that the Titans are signing CB Kevin Johnson to a one-year contract on Thursday. 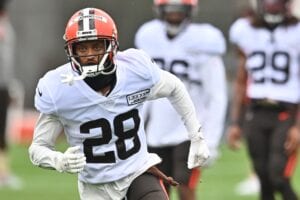 The Browns signed Johnson to a one-year, $3.5 million contract that can up worth up to $6 million through incentives last year.

In 2020, Johnson appeared in 13 games for the Browns and recorded 34 tackles, a half sack, a forced fumble, a recovery and three passes defended.