The Minnesota Vikings officially activated Harrison Hand from the COVID-19 list on Thursday, according to Aaron Wilson. 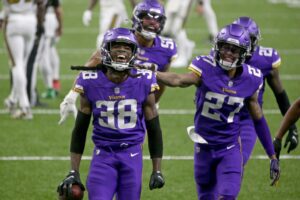 Hand, 22, was a three-year starter at Temple and led the team in interceptions before being drafted by the Vikings in the fifth round of the 2020 NFL Draft.

In 2021, Hand has appeared in two games for the Vikings and recorded three tackles.