The Vikings will have a virtual interview with Giants DC Patrick Graham for their head coach job on Saturday, according to Ian Rapoport. 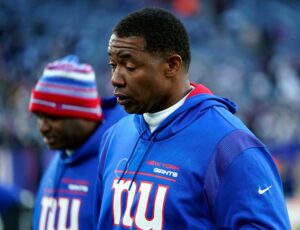 Yesterday, Jeremy Fowler of ESPN reported that Graham is a name to watch for the Vikings’ head coaching search along with Rams OC Kevin O’Connell.

Here’s the list of candidates for the Vikings’ job: