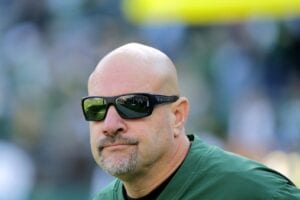 Pettine’s name had come up as an option for Minnesota’s defensive coordinator vacancy last season, but the position wound up going to Ed Donatell, with Minnesota still wanting Pettine’s experience on the staff.

Pettine, 56, began his NFL coaching career with the Ravens as an assistant defensive line coach back in 2002. He spent seven years in Baltimore before taking over as the Jets’ defensive coordinator in 2009.

Pettine spent one year in Buffalo with the Bills before being hired as the Browns’ head coach for the 2014 season. The Packers hired him as their defensive coordinator in 2018, replacing Dom Capers.

Green Bay opted to move on from Pettine and he was later hired by the Bears as a senior defensive assistant before joining the Vikings as an assistant head coach in 2022.

We will have more on the Vikings’ defensive coordinator search as it becomes available.