Jeremy Fowler reports that the Minnesota Vikings have requested to speak with Buccaneers DC Todd Bowles for their vacant head coaching position, which would mark their first interview for the job. 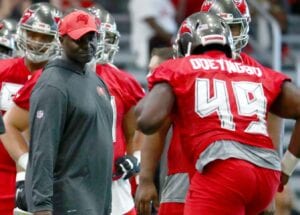 We will have more on the Vikings head coaching search as it becomes available.