JP Finlay reports that Washington is placing DT Jonathan Allen on the COVID-19 list Monday after he tested positive. Finlay notes that Allen is vaccinated and needs two negative tests 24 hours apart to return this week. 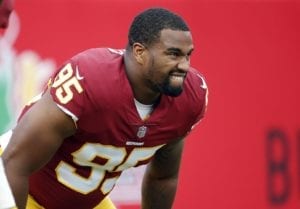 Washington exercised the fifth-year option on Allen which was set to pay him $10.05 million in 2021. He later agreed to a four-year, $72 million this summer.