According to John Keim, Washington LB Josh Harvey-Clemons has decided to opt out of the 2020 season. 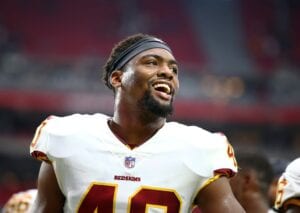 Harvey-Clemons was looking at competing for a backup role in Washington’s linebacker corps this year.

In 2019, Harvey-Clemons appeared in nine games and recorded two tackles for Washington.