According to Tom Pelissero, the Washington Football Team is promoting DE Nate Orchard from the practice squad to the active roster. 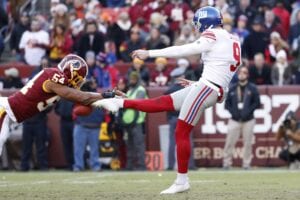 He had brief stints with the Bills, Chiefs, Seahawks, and Dolphins before getting released by Miami coming out of last year’s preseason. He signed a one-year deal with Washington back in November and finished out 2019 with Washington. He re-signed to a one-year deal this offseason but was cut and re-signed to the practice squad coming out of camp.

In 2019, Orchard appeared in five games and recorded 14 total tackles, two tackles for loss, one sack, one fumble recovery, and one pass defense.