According to Josina Anderson, in addition to the Chiefs, the 49ers, Panthers and Saints are among the teams that have reached out to the Colts about a potential trade for RB Marlon Mack. 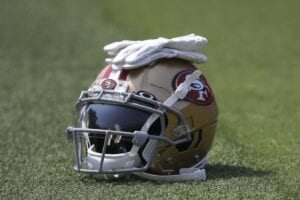 Anderson characterized those inquiries as preliminary but all of those teams have been dealing with injuries at the running back position that could make Mack a compelling trade target.

Mack previously requested a trade and the Colts are reportedly willing to work with him to find a new team.

He missed all but one game of the 2020 season with a torn Achilles.

In 2021, Mack has appeared in four games for the Colts and rushed 25 times for 97 yards (3.9 YPC), adding two receptions on five targets for eight yards.